Peregian Beach is about 160 kilometres north of Brisbane and 13 kilometres south of Noosa Heads. Peregian Beach is one of a string of beautiful beaches between Noosa and Coolum. There is a foreshore reserve along the town's entire length. Just over the sand hills at the southern end of the beach is Peregian Environmental Park, an area of wallum heath which bursts into a colourful profusion of wildflowers in spring.

On the western side of Peregian Beach is Lake Weyba National Park and Lake Weyba itself, which feeds into the estuary at Noosa Heads. Nearby, too, is the southern extension of the Noosa National Park with a rich mix of coastal heath and scrub and stately rainforest which provides sanctuary and support for a wealth of native flora and fauna.

Peregian Beach Community House is a 2 minute stroll from the friendly and bustling Peregian Beach Village an ambient and shady village square featuring  a diverse range of shops, cafes and restaurants. The patrolled beach is right across the park from the Village Square, while an IGA supermarket, and chemist is also within walking distance of the House. 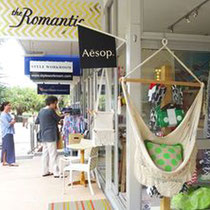 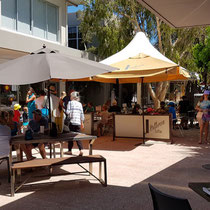 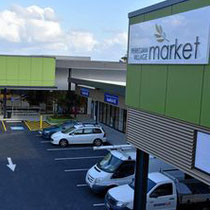